Arbitration vs. Litigation of Business Disputes? 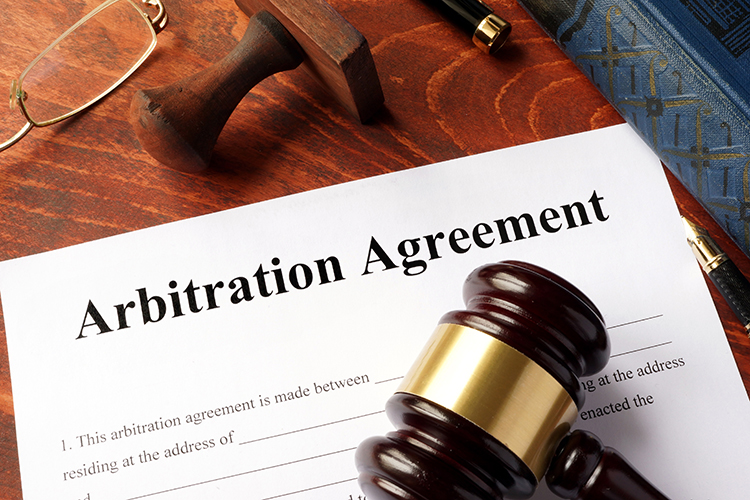 Many standard form business and especially employment, consumer and other contracts provide that some or all disputes between the parties can be resolved only by arbitration, as opposed to traditional litigation.

Recently, the business and legal press discussion of alternative dispute resolution options have focused on two somewhat divergent attacks against arbitration. First, state courts have attempted to expand consumer or employment-related arbitration claims to much broader class actions. A 9th Circuit Federal Court of Appeals’ decision to that effect was reversed by the U.S. Supreme Court (Lamps Plus v. Varela decided 4/24/19). Alternatively, more recently, on September 20, 2019, the Democratically controlled U.S. House of Representatives passed the Forced Arbitration Injustice Repeal Act (FAIR) which proposes to ban private pre-dispute arbitration agreements for employment, consumer, antitrust or civil rights’ claims. President Trump, however, has already indicated that, if in the unlikely event that the U.S. Senate passes the “FAIR” Act, he will veto it. September 21, 2019, Wall Street Journal editorial titled its criticism of the “FAIR” Act as the Lawyer Enrichment Act. Part of the Journal’s premise was that the plaintiff’s bar benefits much more than its class of claimants, who often actually receive little financial benefit as a result of such class action proceedings.

Even though the U.S. Supreme Court’s decision in Lamps Plus was by the narrowest 5 to 4 vote, it appears as though the alternative of arbitration remains viable.

In looking at the alternative of arbitration versus traditional litigation, a business manager or owner is often presented with what may be a standard form, or, where more dollars are at risk, a specially drafted contract, which includes a mandatory dispute resolution provision. What are the benefits and lists of agreeing to arbitration as a primary or sole means for resolving a business disagreement?

Arbitration proceedings are typically tied to a set of rules governing the entire proceeding, often in the form of those promulgated by the American Arbitration Association (the “AAA”), or those provided by what was formally known as the Judicial Arbitration and Mediation Services, Inc., and now identified by the acronym “JAMS”. The AAA has literally hundreds of qualified arbitrators, many of whom are current or former practicing attorneys or jurists. JAMS’ panel of arbitrators is heavily populated by retired state and federal judges. The AAA has a special set of rules for resolution of commercial disputes and, for example, construction disputes as well, while JAMS’ offerings include rules specifically geared to employment disputes.

The advantages promoted by the advocates of arbitration are generally accurate but are variable depending upon the nature and complexity of the breadth of a particular business dispute and are somewhat dependent on the rules governing the proceeding.

Specially negotiated commercial agreements allow the parties to craft dispute resolution provisions to include rules detailing such things as the specific industry and technical training of the arbitrator and even the level of experience, of a single or panel of arbitrators. Such provisions can also mandate an initial step of non-binding Mediation. These preliminary proceedings provide the possibility of increasing the chances of preserving a long-standing and valuable business relationship. Negotiating provisions also can exclude certain types of disputes from the scope of the arbitration provision. For example, provisions may permit a party obtaining a temporary restraining order or preliminary injunction to maintain the status quo pending the ultimate resolution of the arbitration proceeding. Similarly, specially negotiated and drafted dispute resolution provisions can limit the scope and breadth of the arbitration proceeding, choose the governing rules for the matter, limit the scope and/or time of the discovery process, which often belabors traditional litigation, and also limit the types of remedies that the arbitrator can award. In addition, the arbitrator can be empowered to award attorney fees and expenses to the prevailing party. Finally, to avoid or at least limit the likelihood of any traditional litigation, placing limitations on and/or specifically defining what is arbitrable under the provision and further reduce costs and time.

In its recent editorial, the Wall Street Journal also cited a number of statistics from the U.S. Chamber of Commerce’s Institute for Legal Reform, including those showing that even employees are three times more likely to win in arbitration than in court, while arbitration is over 15% “quicker” than litigation, even though the average arbitrated dispute still required over 18 months to be resolved.

Business attorneys themselves should be cautious in drafting dispute resolution provisions in a specially negotiated agreement without consulting with an experienced commercial litigator, as well as an experienced mediator and/or arbitrator. Business interests can be overzealous in restricting the scope of the arbitration provision or in establishing unrealistic timelines for the proceeding.

Further, not every business dispute is best resolved by arbitration. Here, avoiding what is often referred to as “Bet the Company” issues, such as those involving critical intellectual property raising to the level of being the “lifeblood” of a business should likely be avoided.

Nevertheless, arbitration provides business owners and managers with what may often be a more expeditious, less costly, and confidential means of resolving “BTB” disputes. In negotiating alternative dispute resolution provisions, business owners and managers should have their general business legal counsel consult with his or her litigation colleagues to assure the best results. 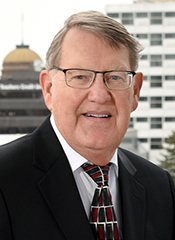 Author: Partner, Thomas J. Hall, is a business and succession planning attorney at Tuesley Hall Konopa, LLP where he has counseled Michiana business owners for over 30 years in the day-to-day operations of running a business. Tom is also a certified mediator and is licensed to practice in Indiana and Michigan.