Breaking Up Can be Hard to Do 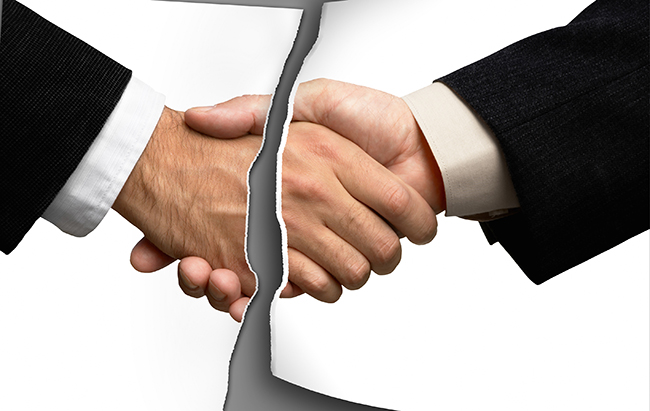 When small business owners break up, it can be especially hard. The lines between ownership of a business and responsibility for performing the work of a business tend to be blurry. In many businesses, each owner is expected to carry his or her weight helping the business achieve success. When an owner decides that it is time to leave or owners can no longer agree on the direction for the business, difficult questions will need to be answered. Among them, whether or not the departing owner should retain his or her ownership interest in the business, and, if not, what is the right price to pay for the departing owner’s interest? Answering these questions before a breakup happens can save you a lot of heartache.

In Hartman v. BigInch Fabricators & Construction Holding Co., the Indiana Supreme Court recently considered how the price of a departing owner’s interest in a closely-held business should be set. In Hartman, the Court held that there is no ‘blanket rule’ prohibiting owners from incorporating open market concepts into a shareholders agreement meant to establish the value of an interest in a business even if there is no meaningful external market for that interest. In this context, open market concepts are shorthand for the types of discounts that an arm’s-length buyer might apply to the value of an interest to account for the future challenges he or she might face in selling the interest and for his or her inability to control future decision-making of the business.

The Indiana Supreme Court distinguished the circumstances underlying an Indiana Court of Appeals decision in Wenzel v. Hopper & Galliher from the issues at play in Hartman. In Wenzel, the departing owner announced his decision to leave the business, the parties tried to negotiate a mutually acceptable price for his interest in the business and only after reaching an impasse turned to the courts for help in determining the price term for that interest.  In the absence of an agreement among the parties, the Appeals Court looked to the Indiana Professional Corporations Act and the Indiana Business Corporation Law for guidance on how to value the interest of the departing owner. In Hartman, the departing owner had signed a shareholders agreement which included a process for establishing a price term.

Indiana’s Business Corporation Law does not require a departing business owner to sell his or her interest back to the business: nor does it require the business to redeem that interest. There may be a host of good reasons for such a transaction to happen, but the parties have to agree to it. The litigation in Wenzel arose because the two sides wanted to complete a transaction but were unable to agree on the price term. The Appeals Court in Wenzel adopted the concept of Fair Value, which is borrowed from the Dissenters’ Rights provisions of the Business Corporation Law. Using this concept as a framework for determining the price of the interest, the Appeals Court determined that Fair Value must mean something different than Fair Market Value. And further, the Appeals Court concluded that where the buyer is either the business or the other owners of the business, it would be unfair to apply open market concepts like minority discounts for lack of marketability or lack of control. The Appeals Court held that applying open markets discounts to what amounted to a closed-market transaction would result in an unfair windfall for the business and remaining owners.

By contrast, the Supreme Court decision in Hartman underscores the State’s ongoing commitment to the principle that business owners should be free to agree on matters affecting the operations of their businesses. The Court noted that the plaintiff in Hartman had agreed to the buyback provision in his shareholder’s agreement and that the buyback provision entitled the plaintiff to receive the “appraised market value” for his interest. The Supreme Court found that the plain and ordinary meaning of “appraised market value” contemplates the application of minority discounts for lack of marketability and control. In so doing, the Supreme Court rejected the plaintiff’s argument that as a matter of public policy such discounts should not be applied to the redemption of business interests by businesses.

The Hartman decision, particularly when contrasted against the Wenzel decision, underscores the value of a shareholders’ agreement. The Supreme Court in Hartman affirmed a summary judgment decision by the trial court – meaning the litigation costs of settling the dispute remained relatively low. The record in the Wenzel case is much more developed with the plaintiff’s counsel having argued that parts of the Business Corporation Law should be extended on public policy grounds to cover their fact pattern because of similarities to the rights of dissenters in transactions involving sales of businesses. The cost of building that sort of litigation record must have been significant. Agreeing in advance on how to price a departing owner’s interest upon an exit may seem like a nuisance, but the initial investment can save you a lot of time and expense down the road. The Hartman decision confirms a willingness to enforce those provisions. 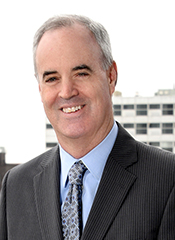