Do I have to let my employees sleep on the job?

Do I have to let my employees sleep on the job?

Michael J. Hays 5th May 2014 Comments Off on Do I have to let my employees sleep on the job? in Blogs, Business Counsel, Employment Law 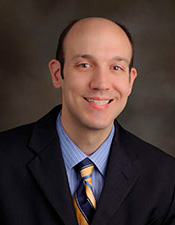 You may have read the headlines in recent weeks about a federal decision holding an Indiana employer could have violated the Americans with Disabilities Act for firing an employee who was sleeping on the job. The case is called Spurling v. C&M Fine Pack, Inc., and the decision was issued on January 13, 2014. It did not go well for the employer.

Ms. Spurling worked for C&M and had been disciplined several times for sleeping on the job. She worked a third shift job packing finished goods where sleeping on the job could raise safety problems for herself and others. After receiving a “final warning,” Spurling mentioned she might have a medical problem. She returned a note from her doctor a few days later explaining that she suffered from a condition covered by the ADA. She was formally diagnosed with narcolepsy a short time later. In the meantime, C&M decided to terminate her employment. She later sued for discrimination, and after initially losing in the trial court, the Court of Appeals concluded she presented enough evidence to take the claim to a jury.

Like every lawsuit, the details matter. The specific facts regarding when and how C&M made its decision to terminate and when and how it received the medical information suggesting a disability were contradictory and confusing. The court concluded that given the conflicting information, it could not simply dismiss Spurling’s claims. That is certainly a correct statement of the law, but I think a more fundamental policy is running through this case.

Even if it’s ridiculous to think an employee could do her job while sleeping. Even if it’s a bit dishonest for an employee not to come forward with medical excuses until after receiving a final warning on an issue that has been a long-term problem, the federal courts are serious about the “interactive process” under the Americans with Disabilities Act. The law requires that once learning about a medical condition, employers must engage with the employee in an “interactive process” to determine the appropriate accommodation under the circumstances. In the Spurling case, the employer did no such thing. In fact, it completely ignored the medical information provided by Spurling and charged forward with terminating her. The Spurling decision is just the latest in a long line of authority refusing to sanction such behavior.

As a result, employers need to continue to think defensively about their personnel decisions. No, you don’t have to keep a sleeping employee on a jobsite where she creates a danger for herself and others. And no one is suggesting workers should be paid for sleeping. But those things don’t give employers a free pass on the “interactive process,” either. More and more employees come under the protections of the ADA, and employers must be mindful of that if they wish to keep their names out of the next federal case making the headlines.

Disclaimer: The THK Legal Blogs are for informational purposes only and should not be relied upon as legal advice. In no case does the published material constitute an exhaustive legal study, and applicability to a particular situation depends upon investigation of specific facts. You should consult an attorney for advice regarding your individual situation.

Partner, Michael J. Hays, is a civil litigation attorney at Tuesley Hall Konopa, LLP. His practice areas include business transactions, real estate law and employment law. He is licensed to practice in Indiana and Michigan.