Promises Must Be Kept – Unless? 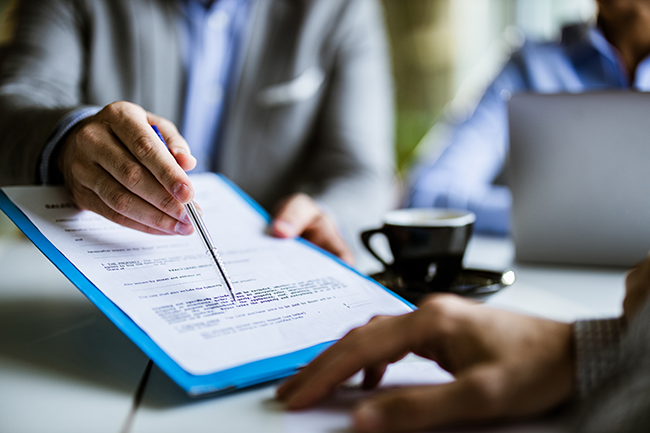 “Pacta sunt servanta” – “Promises must be kept”, is an age-old, fundamental tenet of the law of contracts. Yet, how many times in this pandemic age do we hear: “You can’t do that!  We had a deal!” Cruise ship vacations, season tickets, wedding receptions, banquets, etc. etc. are all susceptible to governmental health regulations limiting the number of people permitted to gather, requiring social distancing and masks. As a result, performance of many contracts entered into before Covid-19 has become impossible. The promise cannot be kept.

Two legal doctrines come into play in these circumstances: one an express i.e., written, condition to an agreement (a “force majeure” provision); the other a legally implied condition, i.e., an unwritten but nevertheless a condition that is still by implication a part of contracts (impossibility/impracticability of performance). Force majeure contractual provisions will be addressed below with some interesting examples.

It is of more than passing interest that one of the very rare Indiana cases dealing with a force majeure clause involved the City of South Bend. In 2001, the City, the Century Center, and the National Football Foundation (“NFF”) entered into agreements for the operation of the College Football Hall of Fame. In July 2012, however, the NFF announced its departure from South Bend and the closing of the Hall of Fame as of December 31, 2012. But Specialty Foods was a party to one of those agreements, giving it the exclusive right to provide food and beverages in the Hall. Even though the Hall had announced its move to Atlanta, Specialty Foods expressed its desire to extend its agreement until August 2015. Clearly, the City wanted no part of that development and defended a Specialty Foods suit by relying on the contract’s force majeure provision which, in pertinent part, read;

The appellate court concluded that”…the terms of the force majeure provision excusing performance for ‘any other reason not within the reasonable control of Century Center’ includes the closure and relocation of the Hall of Fame.”

The bottom line is this:  if a force majeure clause is drafted in a contract, it should be specific yet all-inclusive of possible factors that could arise to make performance impossible or impractical.

If a force majeure provision is not included in the contract, both common law and the Uniform Commercial Code (UCC sec. 2-615) recognize impossibility of performance (caused by a supervening event that was, while not inconceivable, likely unforeseeable at the time of the contract such that a reasonable party would not have guarded against it in the contract), as a defense to a claim for damages for failure to perform contractual obligations.

The distinction is not without consequences. As stated, impossibility of performance is a defense to an action for damages for breach of contract. Implicitly, where the performance of a contract becomes impossible, nonperformance is excused, and no damages can be recovered. Keep in mind that performance must be not just difficult, however, but impossible. Merely because the contract is burdensome or unprofitable does not excuse performance. Likewise, impracticability of performance, as opposed to impossibility of performance, is a questionable defense to a suit for damages under current Indiana law. But, impracticability can be an excuse for non-performance IF the parties agree to it in writing in their contract as being a good reason for non-performance, in keeping with the principle that a court must determine the intent of the parties at the time the contract is executed and give effect to it.

Impossibility of performance as an implied condition to any contract does have its limitations. It is a defense, not an offensive legal tool. It can be used to excuse performance not to create obligations. Maud Hinshaw’s story is an example.

Ninety-nine years ago, the Indiana Court of Appeals decided Gregg School Twp v. Hinshaw, 132 N.E.586 (Ind. App.1921). Maud’s services were engaged as a schoolteacher by a township trustee for a 6-month term on an hourly pay basis. After she began teaching, health authorities temporarily closed the schools because of an epidemic of influenza. (Sound familiar?) Maud made up part of the time lost because of the closure but not all of it and refused to make up additional time, although she was given the opportunity to do so unless additional compensation was paid for her services. The trustee refused, however, and demanded that she fulfill her obligations under the contract. The case was tried and Maud was awarded $62.12 ($3.25 per day).

On appeal, the court reversed the trial court judgment in Maud’s favor. It reasoned that the school’s closure was an unanticipated order issued by health officials after the contract was entered into and was entirely beyond the trustee’s control. Consequently, the contract was impossible to perform and non-performance was, therefore, excused and no damages could be recovered by Maud. Impossibility of performance could, in other words, work as a defense to Maud’s claim, but Maud could not use is offensively to recover damages for services she had not performed.

So, to recap: impossibility of performance is a defense to a claim for damage because of contractual breach. Performance of the contract must, however, be impossible, not merely difficult or unprofitable. The impossibility to perform contractual obligations must be the result of an act of God, or an act of the law or the destruction of the subject matter of the contract, e.g., you agree to buy a house but the house is destroyed by fire before the closing of the deal.

Whether a person has a defense to a contract because of the pandemic, or any other event rendering performance impossible is, as can be seen, very fact sensitive. Consultation with legal counsel is recommended should this situation occur.

Please contact Bob if you have questions about the impracticability or impossibility of contractual performance under the current pandemic situation.