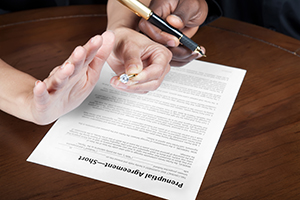 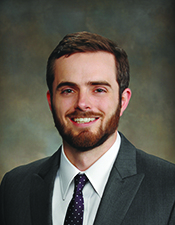 Rarely does the world of estate planning enter into the public consciousness. Aside from the occasional “reading of the Will” scene (sadly, these do not happen in modern practice), the closest we get is probably the prenups. Known by many names, the pre-marriage agreement, traditionally called an antenuptial agreement, but universally known now as the prenuptial agreement, or “prenup” for short, is an agreement – a contract – between an engaged couple where they define their respective rights to their separate and/or collective property in the event of death or of dissolution of their marriage.

Prenups are done in a variety of settings, such as between second (or subsequent) marriages to deal with issues associated with disparate assets and/or blended families, or between business owners and their future spouses in order to mitigate potential disruptions in business operations, or between young couples who are the beneficiaries of trusts or expect significant inheritance.

A prenup is a contract between the two parties that waives and releases rights they may have under public laws and replaces those rights with a private arrangement, done in exchange for the promise to marry.  All assets and liabilities must be disclosed in the course of the negotiation of a prenup. An individual cannot waive their legal rights or interests in property without understanding the scope of those potential rights or interests. For future anticipated inheritances, the line typically is drawn at disclosing any currently vested interests. Again, it is up to the parties and their counsel to decide what is appropriate for disclosure.

Any asset owned by an engaged partner prior to the marriage is considered a separate asset. To the extent that partner keeps that asset separate after marriage, it can remain so and be treated as separate in the event of death or divorce. The separate treatment is a one-way street – if a previously separate asset is put into joint name, or commingled, it loses its separate character forever. That toothpaste cannot go back into the tube. Also included under the umbrella of separate assets are all future received gifts and inheritances – again, provided the recipient keeps those assets separate after receipt. However, the inclusion within separate assets of all assets held prior to the marriage does not mean, necessarily, that any must be kept separate. All assets are disclosed as separate up front, but the parties can always choose what they choose to retain as separate or not. Collective assets include everything acquired together after the date of the marriage, including earned wages.

One issue that often requires special attention in the course of preparing and negotiating a prenuptial agreement is the treatment of retirement assets, in particular, employer-provided plans governed by the Employee Retirement Income Security Act of 1974 (ERISA). This federal law grants surviving spouses certain rights in ERISA-governed plans, and how to handle these assets in the context of the agreement often becomes a central issue for both sides.

The arrangement in a prenup establishes a floor, not a ceiling. A married couple can always do more for one another, through joint ownership, gift, or their estate planning documents, than is guaranteed in the agreement. In fact, in my experience, the majority of couples do so. The agreement is also revocable at any time after marriage. Again, in my experience, the majority will tear it up some years down the road, and will greatly relish doing so.

Prenups are not a fun topic to bring up to a future spouse, even where there may be legitimate reasons to do one. Nor is it fun to navigate any of the above issues, but they do have an important role to play for many people, including recently for many longstanding same-sex couples who are now considering marriage. Do all marriages need a pre-marriage agreement? Absolutely not. But, if any of these issues resonate with you, the earlier you start the process, the better it is for everyone.