Will Arbitration Sweep the Nation? 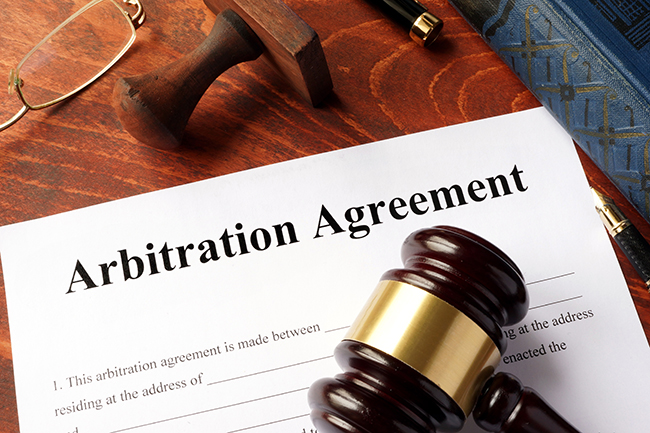 You may have heard that just last month, the United States Supreme Court ruled employers can enforce binding arbitration agreements with their employees—even if the agreements waive all rights to participate in class action lawsuits. The case is called Epic Systems Corp. v. Lewis.

For employment law, this is a big deal. Just hours after the Supreme Court decision was announced, one national law firm posted information on its website offering to help clients prepare binding arbitration agreements. But is it a big deal for your business?  Should local employers change their policies or practices?

It depends. The Epic case was actually a combined decision dealing with three different cases. All three involved claims for overtime compensation under the Fair Labor Standards Act. All three also involved large-scale employers with hundreds of employees in the same job classification. For those companies, the risk of a class action was high. One or two claims surrounding overtime issues can be handled quietly. But if a complaining employee can orchestrate a class action involving hundreds (or more) current and past employees, that’s a different kind of problem. Business owners often complain about the costs of litigation. But class action litigation is on a completely different plane. The costs and risks are enormous. In some circumstances, a class action can force a company into bankruptcy.

So for Epic Systems and the other employers involved in that case, it made sense to hold their employees to an agreement compelling arbitration and waiving the right to a class action—and to fight the issue all the way to the Supreme Court. You should consult with your own legal, business, and financial advisors to determine if it makes sense for you. When you do, you may wish to think about arbitration agreements more broadly. Even if you believe the risk of a class action is low or claims for overtime compensation unlikely, the Epic Systems case is the latest in a trend favoring arbitration. The specific arbitration agreement used by Epic Systems Corporation did not cover workplace discrimination or harassment claims, but it might have. Knowing the federal courts take a strong pro-arbitration stance, you might want to consider requiring all employees enter into agreements requiring them to arbitrate all claims. Arbitration proponents argue it is faster, less costly, and more efficient than litigation. They also tout the confidentiality of the process. All those benefits could be yours, providing you with a mechanism to keep any employment dispute out of the courts.

But all rewards come with risks, and arbitration has its complications, too. For example, there is almost no opportunity to appeal an arbitrator’s decision.  Also, experience shows the costs of arbitration can, in some cases, run higher than courtroom litigation. Further, some observers complain that arbitrators often make “split the baby” decisions, rather than ruling in favor of one party or the other.

On top of all that, if you want to use arbitration to resolve employment disputes, you’ve got to have a binding arbitration agreement in place. Most of your at-will employees likely do not have a contract of any type.  You will want to structure any arbitration agreement in ways that do not change the at-will status.  And the law requires some other specific contract provisions if an employee is waiving statutory rights.  Although courts have been very favorable to arbitration agreements in recent years, that does not mean an employee won’t fight the issue. If you have to fight in court about the validity of the agreement before you even get to fighting about the underlying employment issue, then you have definitely missed out on the promise of prompt and inexpensive resolution.

Also, the law on this subject may change. Late last year, Senators Gillibrand and Graham introduced a bi-partisan bill called the Ending Forced Arbitration of Sexual Harassment Act of 2017. Early this year, the attorneys general of all 50 states, the District of Columbia, and the five U.S. territories sent a letter to Congress in support of the law. This may or may not become law, and if it does, there may be more to discuss about the differences between “forced” and “voluntary” arbitration.  But there is broad support across the political spectrum for combating sexual harassment. Many believe the confidentiality of an arbitration process is unsuitable for these types of claims. In fact, when it comes to confidentiality, you may have missed the so-called Weinstein provision in the recent tax law that prohibits employers from deducting legal expenses incurred as part of a sexual harassment case if the case is resolved through a confidential settlement.

Of course, differences between sexual harassment and other types of employment claims represent just one of the many factors to consider in evaluating the merits of an arbitration agreement for your employees. The courts will generally allow these kinds of agreements. But employers have to think carefully about when or whether to use them. Only time will tell if the Epic Systems case prompts a wave of arbitration agreements across the country.

Call 574.232.3538, if you’d like to make an appointment to discuss the merits of an arbitration agreement for your employees.