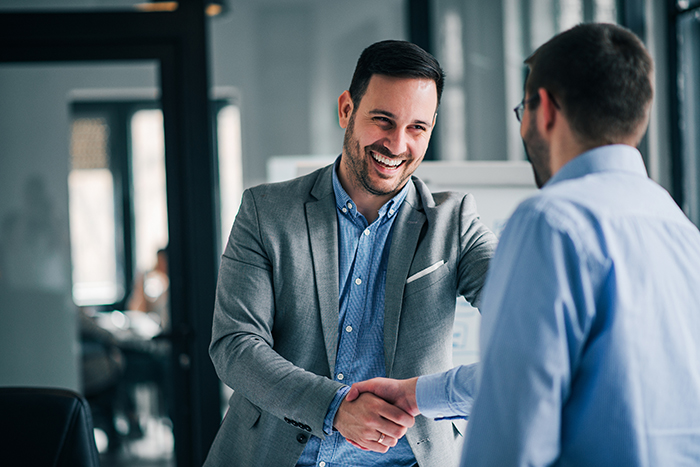 The Golden Rule Applied to Co-Owners of a Business

To paraphrase Robert Fulghum, it’s been said that everything you need to know you learned in kindergarten. When I’m asked by a business owner what rights and responsibilities each co-owner of a closely held business owes to the other co-owners of the business, that phrase often comes to mind, because in Indiana, as with Michigan and the majority of the other states in the U.S., courts have interpreted the relationship between such co-owners to result in something akin to the “Golden Rule” that we all learned in kindergarten, i.e. act towards others in the same way you would want them to act towards you.

When I refer to a “closely held” corporation, I am referring to a type of ownership and management structure that is quite common for small businesses and is typified by (i) a small number of shareholders; (ii) no ready market for the corporation’s stock; and (iii) substantial majority shareholder participation in the management, direction, and operations of the corporation. Indiana courts some time ago adopted what is known as the “incorporated partnership” doctrine for closely held corporations, which I’ll explain further below, and the courts have since then applied the doctrine to closely held limited liability companies, a relatively more recent form of business entity that is, in essence, a flexible hybrid of both the corporate and partnership forms of business entity. For purposes of this article, I’ll refer to corporations and their shareholders, officers, and directors, but the concepts discussed apply with essentially equal force to LLCs and their members, managers, and officers.

Under a well-developed body of Indiana case law, Indiana courts have held that, due to the characteristics of a closely held corporation, the shareholders in a closely held corporation stand in a fiduciary relationship to one another and each owes a fiduciary duty to the others to deal fairly, honestly, and openly with the corporation and with fellow shareholders. Indiana courts have specifically identified and described at least three fiduciary duties, the duties of care, loyalty, and candor. The nature of these fiduciary duties is basically the same regardless of the capacity in which it arises, whether shareholder, officer or director. These duties are analogous to the duties owed by partners in a traditional partnership, and this doctrine has been referred to as the “incorporated partnership” doctrine. In essence, these courts have recognized that in the closely held corporation it is often the case that the shareholders have an expectation of a business relationship with one another more akin to partners in a partnership even though they may have chosen the corporate form for its limited liability protection and other benefits. So long as the evidence supports this supposed expectation, Indiana courts will enforce these shareholder fiduciary duties.

The duty of care is typically a duty of directors and officers of a corporation, but under the incorporated partnership doctrine the duty of care applies to the closely held corporation shareholder in his or her shareholder capacity as well. In general, the standard of care is to act in good faith with the care an ordinarily prudent person in a like position would exercise under similar circumstances and in a manner the person reasonably believes to be in the best interest of the corporation. The duty of loyalty is a broad duty which primarily revolves around a responsibility to avoid conflicting interests of the shareholder/director/officer. The idea of candor, i.e. being open and honest, is no doubt included in the duty of loyalty, at least so far as conflict of interest situations are involved, and Indiana courts have extended the duty of candor further and held that directors acting for the corporation in the purchase of a shareholder’s stock has a duty to disclose to the shareholder the facts affecting the value of the stock.

Please note that the above discussion is intended only as a summary overview of Indiana’s incorporated partnership doctrine and the fiduciary duties owed by shareholders in a closely held corporation. It is important to understand that each case considered by the courts is decided based on its individual facts and circumstances. If you are concerned about whether the actions of a shareholder, whether a majority owner or minority owner, may constitute a breach of the fiduciary duties described above, you should consult with a legal professional. The attorneys at Tuesley Hall Konopa are available for consultation.